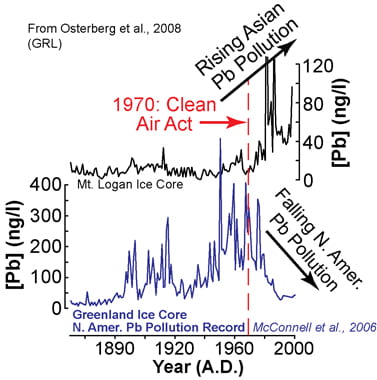 Ice core records from Greenland, the Canadian Arctic, and the European Alps show conclusively that heavy metal (Hg, Pb, Cd, Cu, Zn), SOx and NOx pollution have risen dramatically from low natural levels to modern polluted levels due primarily to fossil fuel combustion and industrial smelting. Most of these atmospheric pollutants peaked in concentration in the early 1970s and have been declining ever since due to the adoption of pollution abatement legislation in North American and Western European nations (e.g. 1970 Clean Air Act). However, our ice core records from the Saint Elias Mountains show that North Pacific levels of Pb, As, and Bi have been rising since the 1970s due to trans-Pacific pollution from Asia, contrasting dramatically with the recent falling pollution trends in the North Atlantic region. 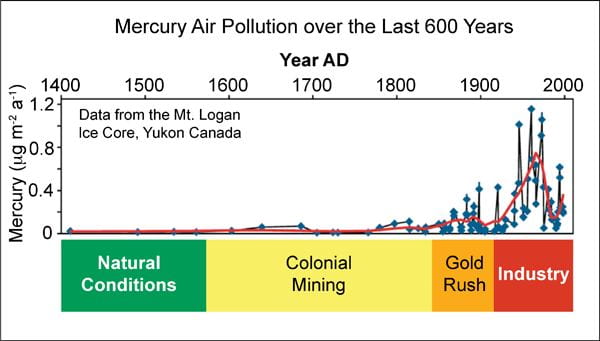 Sam Beal’s 2015 paper on changes in atmospheric mercury concentrations in the Mt. Logan ice core allows us to better understand the natural cycling and human emissions of this element over the last 600 years.

Primary Productivity in the North Pacific 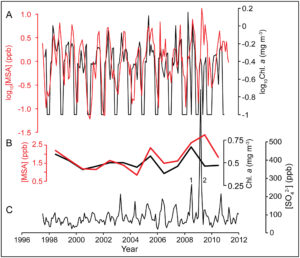 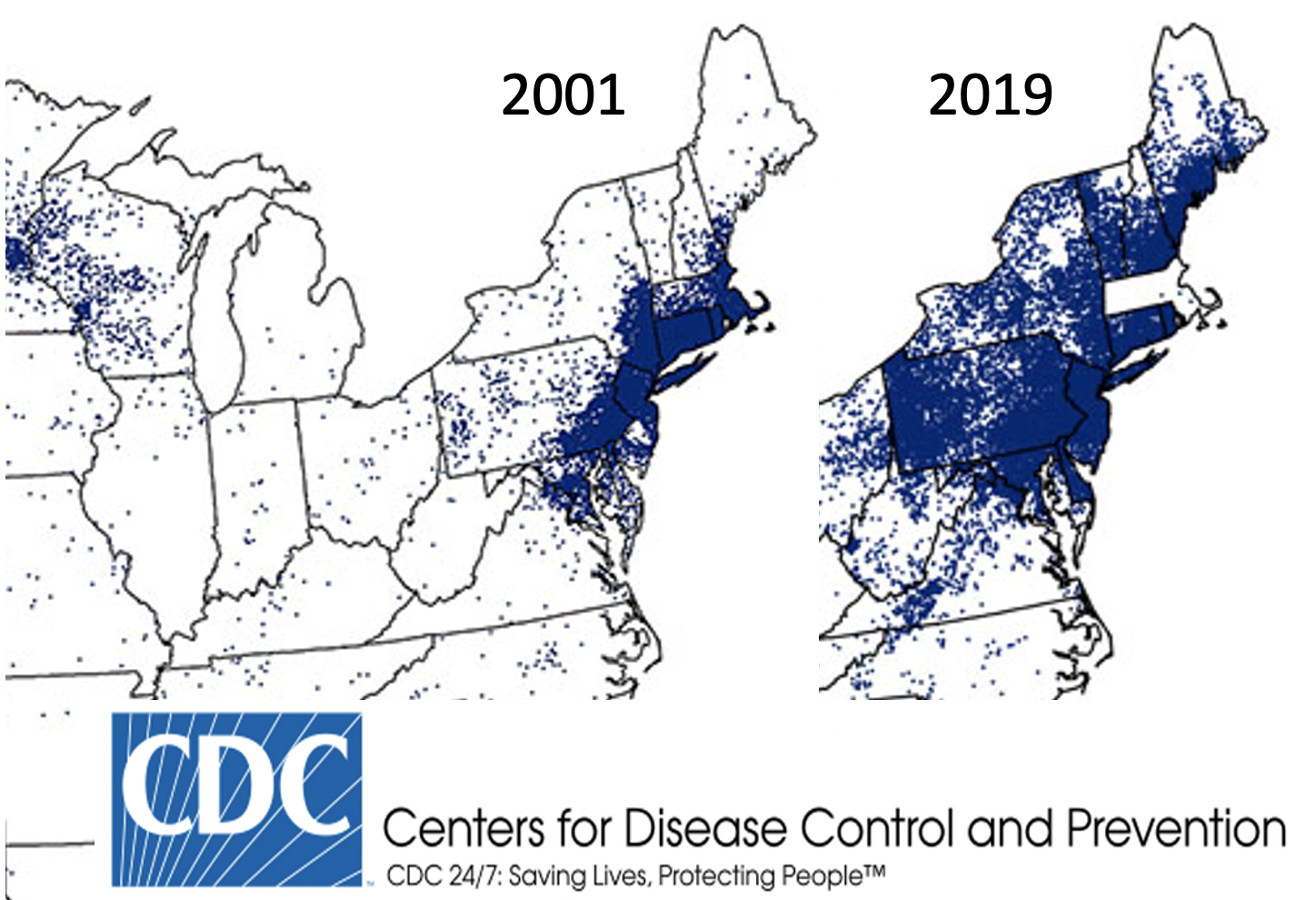 We are working with Professor Jonathan Winter to study the spread of Lyme disease through the development of a next-generation model. Our aim is to understand the relative importance of climate change, land-use patterns, and host dynamics in the rapid northward spread of the disease over recent years (see figure).